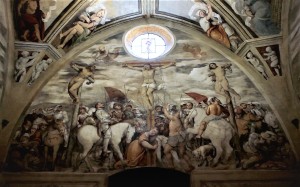 Welcome to Vallecamonica the valley of the signs

Vallecamonica is one of the largest pre-alpine valleys and is known worldwide for its priceless heritage of petroglyphs of prehistoric origin , but it is an area that embodies so many souls , so many signs .
Signs of a luxuriant nature in protected parks and nature reserves. Signs of a thousand-year history that has its roots in the Neolithic period , but leaves his testimonies in the Roman Era in the Middle Ages and even in the First World War. Signs of Faith pure and simple told in the lives of the saints and the blessed Vallecamonica . The signs of an Art intense and vibrant that has nothing to envy to the official flaps and more notes. Signs of an ancient tradition that has been handed down for centuries with pride and participation in events that they know to join the community and enchant visitors. Signs of a memory preserved in the museum that tells the history, work and ingenuity of local populations. Signs of Taste , an expression of the products offered by the earth, and the skill of the typical culinary know-how with a little. Signs of being a gift of the thermal waters that arise from the Earth’s core. The signs of Sport , to be practiced in all seasons , thanks to the beautiful scenery that the Valley offers along the waterways, the snowy slopes , roads and trails, steep rocks . Signs of a Sustainable Valley , which has prepared routes and itineraries in harmony with the surrounding environment . 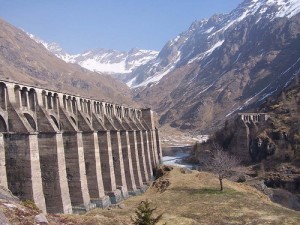 The Street Mala, the Scalve Valley and the dam of the Gleno
From the center of Terme Boarium part of the road that will take you to the paradise of the Scalve Valley and Park Orobie. The spectacular street Mala runs halfway up the gorge of the valley, a glacial gorge very deep and narrow, engraved by the constant flow of the river water Dezzo. Past amazement at the wonders of the canyon opens up to you a special scenario Presolana and Pizzo Camino where you can play many walks and towards the Passo della that to the Passo del Vivione but sopprattutto Gleno Dam, which collapsed in the far 1st December 1923 claiming countless victims, still clearly visible and of great emotional impact. 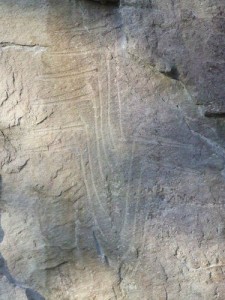 Capodiponte National Park of Rock Engravings Naquane. UNESCO
The rock art of the Vallecamonica has been recognized by UNESCO as ” World Cultural Heritage ” and included in the World Heritage List in 1979 as the first Italian title . The National Park of Rock Engravings Naquane was established in 1955 by the Archaeological Superintendence of Lombardy to safeguard and promote the rich heritage of this iconographic approximately 100 engraved rocks . The park covers about 35 acres on the orographic right of the Vallecamonica , between 400 and 600 meters above sea level . Upon striking surfaces of rock shaped by the ancient ancient glaciations have left valuable evidence of their religious views , traces of the sacred ceremonies that were held outdoors thanks to which Vallecamonica is considered one of the most important ” sanctuaries ” of prehistory. ( Closed on Mondays )
Nadro : Regional Reserve of Rock Engravings of Ceto , and Cimbergo Paspardo
The reserve covers 2,900,000 square meters embracing the three municipalities of Ceto , and Cimbergo Paspardo . The engraved rocks are placed in a beautiful natural environment that preserves traces of the intervention of man in time. A small museum allows you to introduce your visit with educational- didactic panels that help the reading of the “signs ” millennial left on the rocks , on which there is a particular concentration of figurations of the Bronze Age , Iron Age and , in the Campanine Cimbergo , medieval . Within the area have also been rebuilt two houses similar to those used by the inhabitants of the Vallecamonica , relative to the Neolithic and the second relates to the Iron Age . 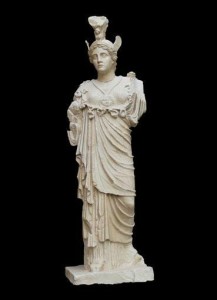 Cividate Camuno, Roman art in Vallecamonica
Today’s Cividate Camunian stands on the ruins of the ancient Civitas Camunnorum , political, administrative and cultural center of the valley more important during the Roman period. Today, the city returns so generous housing structures , inscriptions, pottery, statuary and architectural fragments . All material is merged with the National Archaeological Museum which guides the visitor to the discovery of the Roman city and the territory. Among the most important finds the beautiful statue of Minerva , which was found in 1986 in a shrine’s complex and interesting of the prince – hero , found in one of the buildings belonging to the hole. In the village are the remains of the Roman bridge and structures related to a dwelling in use from the first to the fourth century. A.D. Extraordinary presence of a theater and an amphitheater , now set up in the Archaeological Park , confirming the unique role that the Valcamonica was under Roman rule in the broader context of the Alps. ( National Archaeological Museum can be visited in the morning and closed on Mondays , free entrance to the theater and ‘ amphitheater call the Proloco Cividate ) .
SHRINE OF MINERVA In the town of Breno , in locality Spinera is located in a very suggestive Minerva , near the River Oglio , against a cliff across from caves and natural springs . The site, inhabited since prehistoric times, is one of the most interesting archaeological sites in northern Italy : the complex retains parts of the Roman period decorated with frescoes and mosaic floors . ( Visited on Saturday and Sunday) 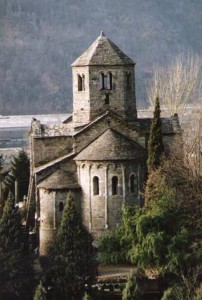 The Romanesque San Siro and San Salvatore in Capodiponte
The parish church of San Siro in Cemmo costitituiva with the Parishes of Mangalore , Cividate and Eolo system through which the Church was organized on the territory. Splendid Romanesque building , is built on a more ancient place of worship as evidenced by remnants of early medieval sculpture , and is dedicated to the Bishop of Pavia , who lived in the fourth century , one of the major figures of the era Evangelisers . Its location and above all its history, linked to a phase edificatoria which dates from the eighth century , based on the dating of some stone fragments , one of which is reused in the conch of the lancet windows of the nave , making it one of the most evocative of the Vallecamonica together and one of the oldest signs of Christianity . This is also confirmed by the epigraph Early Christian , a unique so far in Vallecamonica inscribed in the rock at the base of the path leading to the church. ( Open the afternoon in the summer or to book Proloco Capodiponte ) . The ancient parish church of San Siro is located in a dominant position on a rocky outcrop from which it seems to emerge in perfect harmony with the surrounding environment . The group apse stands overlooking the Valley , in the orientation towards the east of the lancet windows that welcome the rising sun, symbolically associated with the divine light. The building – XI sec . – A basilica plan with a raised presbytery and the crypt is of great accuracy Executive and has one of the most interesting carved portals of the area. ( Open the next morning in the summer or to book Proloco Capodiponte )


Biennium and the Valley of Mallets
One of the best preserved medieval villages of the Vallecamonica , between narrow streets you can admire the towers , portals, elegant arcades . In the heart of the old town St. Mary of the Annunciation , splendid Gothic -Renaissance of the fifteenth century , with two-tone portal and rose window in red sandstone. The interior contains frescoes on the walls of Peter and Cemmo from his school in 1490, while a half-century after the chancel is painted by Romanino illustrating scenes from the life of Mary taken from the apocryphal gospels . The back wall is dominated by the blade of Giovanni Mauro della Rovere said Fiamminghino , dated 1632 , depicting ” The Annunciation”
You can visit the mill and forge Museum , where time seems to stand still . The beat of the hammer , moved by the water wheel , has resonated for centuries this beautiful village , famous for the production of ” ferrarezza .” In addition, nearby is the Christ the King statue overlooking the impressive Vallecamonica . 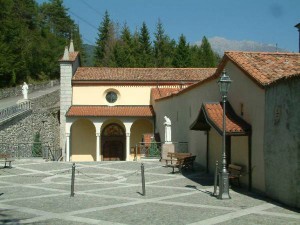 Shrine of the Annunciation and Borno
Founded in 1469 by the Franciscan Amedeo Mendes da Sylva, it houses precious frescoes by Giovan Pietro da Cemmo of Marian theme. It ‘the first signed and dated work of this author, followed in 1475. The partition input to the chorus depicts the life of Jesus in 33 boxes, with a central “Crucifixion”. Sanctuary, with an adjoining monastery is situated in a dominant position on the Vallecamonica and its lookout you can admire a splendid panorama. The town of Borno pleasant old town centered on the square from where you depart the historic streets of the village. To visit the parish church and the adjoining Oratory of St. Anthony which retains a very valuable “Madonna and Child with Saints” by Callisto Piazza.

Pisogne, Lovere and Iseo lake
Two beautiful towns that make up the first overlooking Lake Iseo Vallecamonica . Absolutely not to be missed visits to their churches and a walk along the lake . In addition to Lovere find the center for all water sports and Pisogne rental boats. The ideal route starts from Pisogne where the present parish church of Santa Maria in Silvis , the result of ongoing renovations over the centuries, unveiled in 2001 under the floor level a funerary monument from the Roman era , dedicated to Tiberius Claudius Numa , reused as baptismal basin around the V -VI century. We are facing an extraordinary testimony that clarifies some aspects of the early stages of the irradiation of Christianity , when in all likelihood by the favor of the Bishop of Brescia has built a small church baptismal converged to which the faithful . The building itself has been greatly enlarged, in later stages, and has become home plebeian , that church – matrix from which depended on a vast territory, Constant architectural restoration that have characterized the church in the course of time, the pictorial tardoquattrocenteschi and works art of later periods demonstrate the centrality of the institution plebeian , now called the parish from a document of 1552 , and allow us to go through centuries of art and faith . The church of Mary of the Snow Snata Pisogne , painted in 1532-34 by Romanino illustrates very effectively the story of the Passion of Christ. The great painter of Brescia fails, from the walls to visually convey the sequences of the drama that culminates with the Crucifixion in the counter and emotionally engage the viewer. The faithful can thus trace the sacred history and relive it intensely , as was the case during the sacred representations that still raised from the truth. ( Closed on Monday) 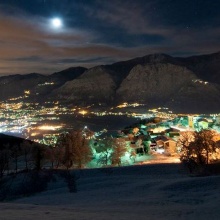 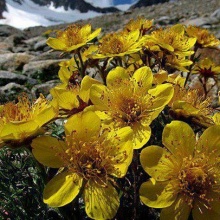 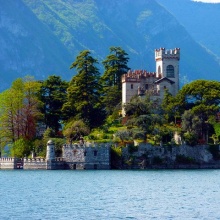 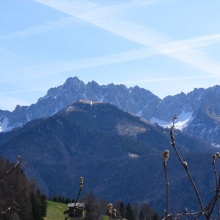 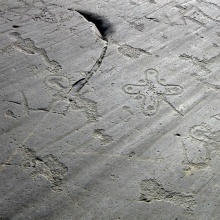 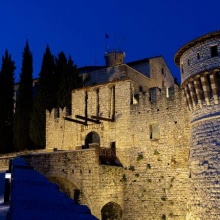 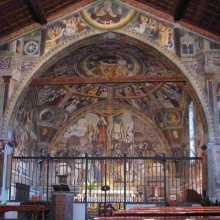 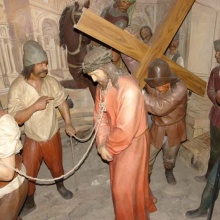 ...
Via Crucis del Fantoni a Cerveno 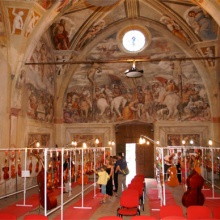 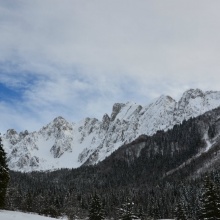 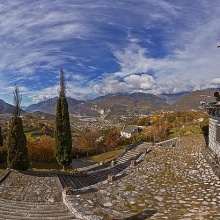 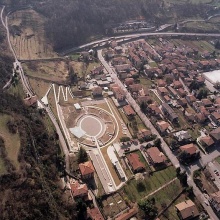 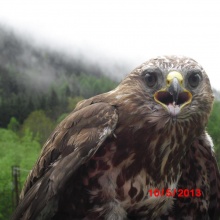 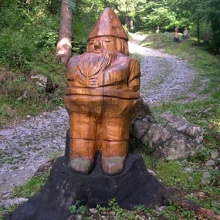 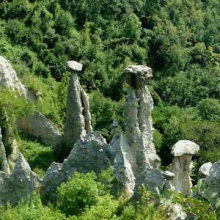